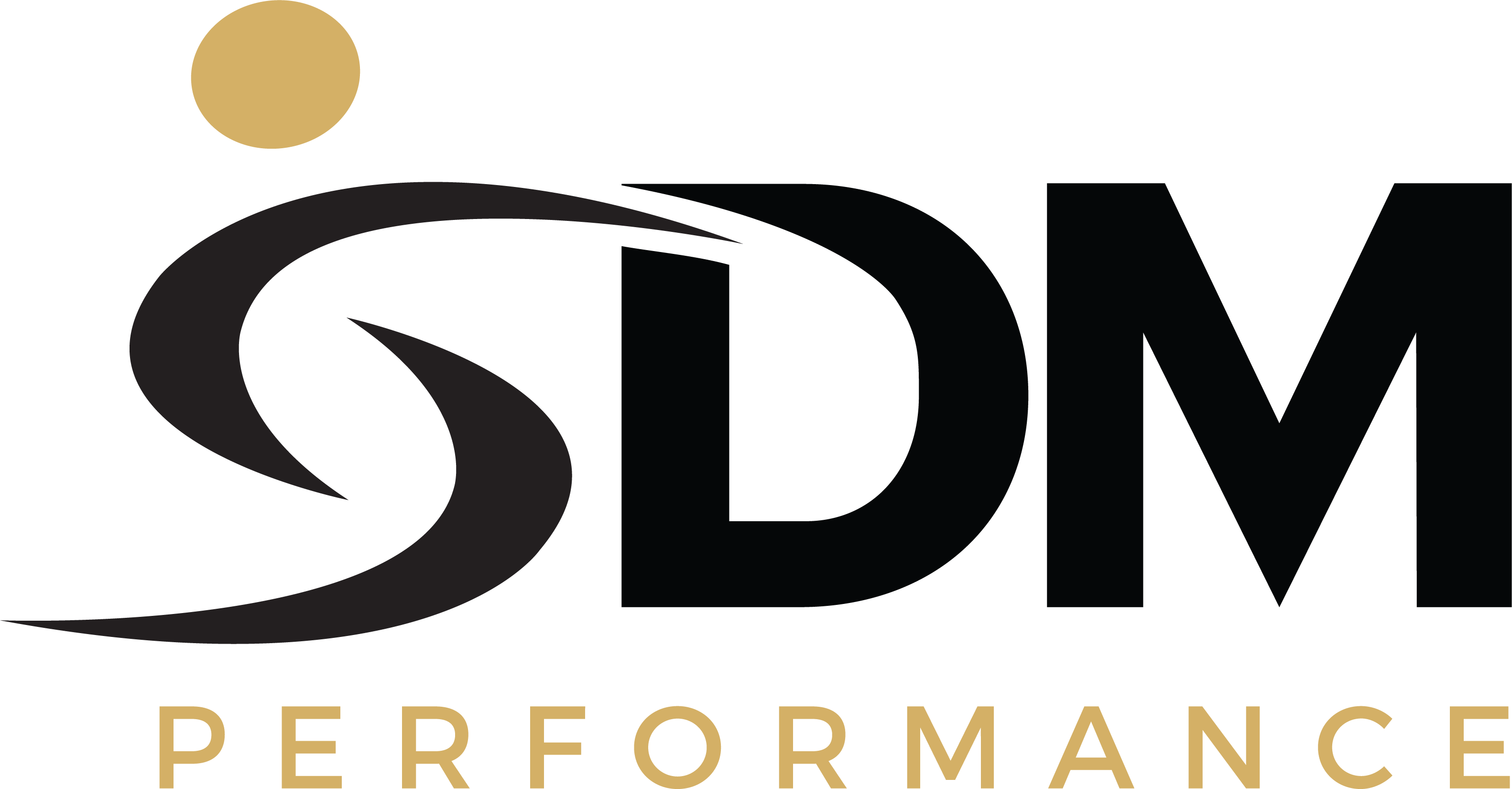 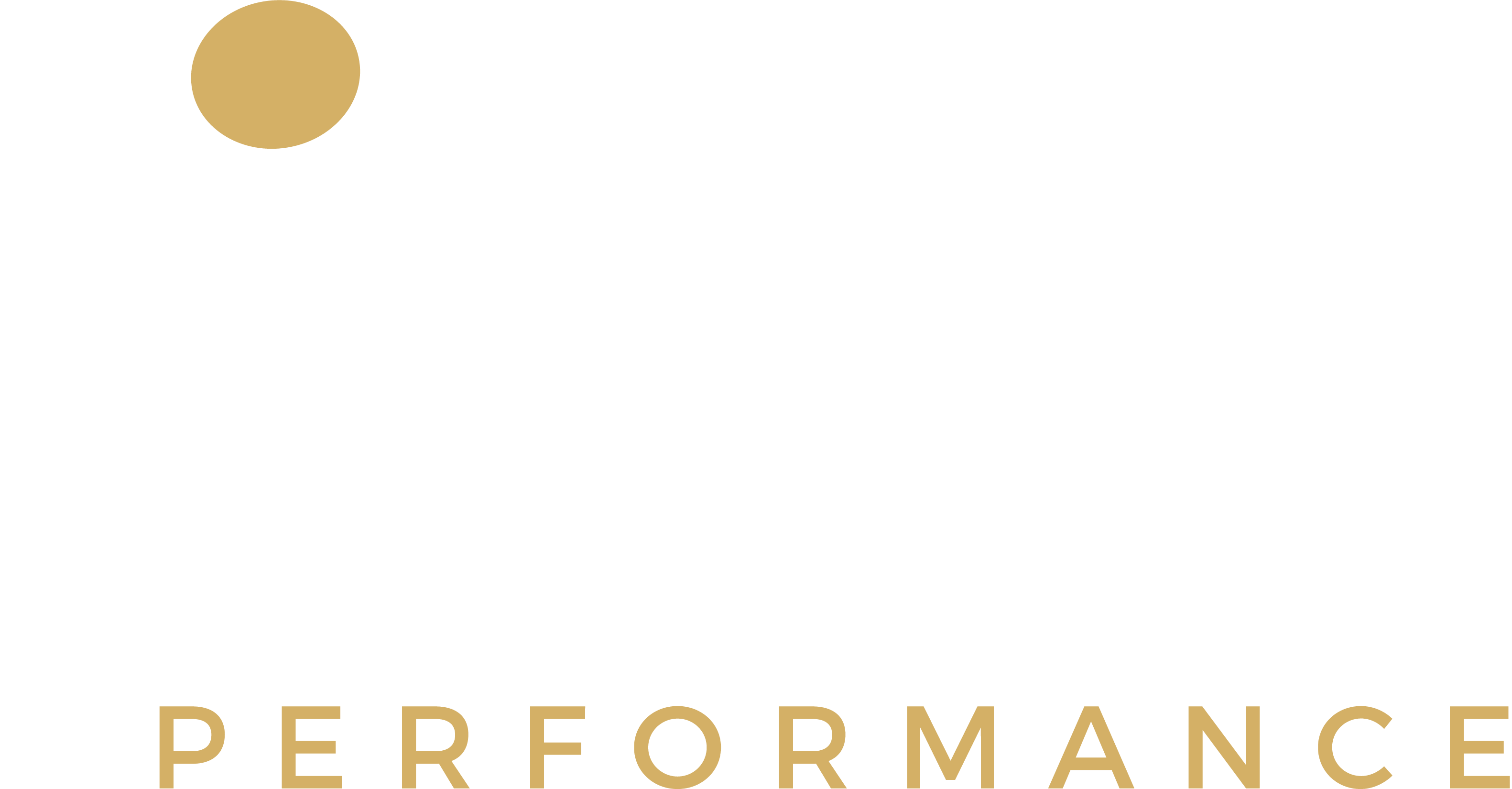 0
Training Reversibility: Last one out turns the light off
21 January 2022
Next

The Long Term Athlete Development (LTAD) model is a framework for optimal training, competition and recovery schedule for each stage of athletic development. (Bayli et al ., 2015) The most important thing that LTAD models bring is individualised context to a person’s athletic development, within that context it involves a host of variables that a practitioner, coach and Multi-Discipline Team (MDT) need to understand.

Over the last two decades or so, LTAD’s model have grown in number and popularity within the sports world. Ericssons paper from 1993, which demonstrated that a decade of deliberate practise was the cornerstone of expert performance which brought about the 10,000 hour rule. This has since been proven wrong across man sports but this paper and a need for a systematic approach to youth development would be the catalyst for the emergence of LTAD models. The most citied milestone in LTAD timelines was Balyi and Hamiltions model in 2004 of LTAD. In this they highlighted the importance of Peak Height Velocity in a child’s development and illustrated the differences between boys and girls. They also formulated the idea of “windows of opportunity” for physical development and demonstrated a 6 staged approach to late specialised sports.

In 2012, Lloyd and Oliver released a paper called “A new approach to long-term athletic development” claiming that there was no scientific evidence for windows of opportunity and that all components of physical development can be trained all the times. However, the authors gave reference that certain modes of training would be more effective at certain times of the child’s developing years. For example, hypertrophy training would be more effective at post puberty versus pre-puberty, taking advantage of natural hormonal changes. Noticeably, the model integrated the importance of PHV, from Bayli and Hamilton’s work. It added to their breakdown of physical qualities, which were 5 and now 9. The stages of training emphasis evolved into a more training structure format. Finally, authors referred to the importance of having appropriately trained coaches at this specialised time in a child’s development.

These two models in particular have led to the creation of an array of LTAD models. The existence of LTAD models is now across countries and across sports. It has been applied by national governing bodies and practitioners, for the development of children into elite athletes – England and Wales Cricket Board created theirs in 2005, British Gymnastics in 2006, IRFU in 2006, Canadian Basketball in 2008 to name but a few. From my own experience in youth development I have categorized the existence of LTAD’s into 3 critical features or building blocks. I believe the components and the factors within it make up LTAD models. I developed these 3 building blocks to help understand and digest all the moving parts of LTAD. This is my own developed theory and by no means do I suggest you should use them. I do however hope it provides a logical way to systemize a complex concept.

Optimization “the action of making the best or most effective use of a situation or resource”.

The components of Optimization:

There is an obvious relationship here to training age and biological age. This component however reflects the emphasis of the sessions that are delivered on the pitch, in the gym or on the court

Early specialization has shown to be detrimental to long term success however to reach a high level in sport early engagement is necessary. To balance these conflicting theories, Manchester City FC and Arsenal FC have adapted a multi-sport program for the younger ages. There are many benefits to the athlete by providing a more balance development plan particularly in developing years.

This incorporates energy system and physical quality development. The development of power, strength, aerobic capacity etc all fit under priority of training. In a LTAD, prioritising training requires factoring in the athletes biological age, sex, training age, injuries, capabilities but also their sport.

Appropriateness “the quality of being suitable or proper in the circumstances”

The components of Appropriateness:

There are differences between Chronological v biological age and both need to be factored into an appropriate LTAD model.

This typically represents the amount of years a person has been full time training and can widely vary amongst age groups.

There are difference both physiologically and biomechanically in males and females. Injury statistics alone indicate that sex should be factored into the type of training being delivered.

All sessions across LTAD should be suitable to the athlete your dealing with. From a coaching perspective this is about leaving your ego outside and dealing with the bigger picture. I understand all athletes like to be quick even a young age. However, when you decide to implement sprinting protocols or heavy lighting strategies to athletes there must be a level of suitability. Teaching the fundamentals of movement should supersede the longing for outcome measures. Implementing a suitable program means the athletes building for the future.

A program can look similar across under 12 to under 16 even when you consider all the factors. The difference is explained in the delivery. How an under 12 receives his or her program needs to look and feel different to a similar session delivered to an U16.

The components of Structure:

An athlete/player will typically have a few key stakeholders that contribute to their development:

4. Support Staff to name but a few.

Even in this unexhaustive list, Alignment plays a huge role in making sure decisions are made for the right reason. LTAD models provides a source of alignment to the key stakeholders. It helps stakeholders understand that decisions need to be made with a long term goal in mind. Alignment provides clarity. From my experience this is important for athlete to have a quiet and focused mind. Especially with today’s coherent of millennials and generation Z, there appears to be a rush to success and there is an unhappiness with process. LTAD can be extremely useful to shape the mindset of young athletes by illustrating that they are on a progressive journey and every step they make takes them closer to the ultimate goal

This is a contentious issue and I will address it properly later but there is no doubt that time and deliberate practise is needed to attain expert level performances. The 10,000 hour is likely inaccurate and quite misleading but athletes need to invest a significant portion of their lives if want to reach high levels of performance. Long term structured programmes will provide a higher probability of success if they consider the relevant factors.

Periodization is the process of dividing an annual training plan into specific time blocks. The foundations of periodisation are built on three cycles: Marco, Meso and Mirco. The primus of periodisation is to allow principles of training to occur – Overload and Recovery. Different energy systems or physical qualities can be trained and overloaded to drive enhanced adaptation. Without an appropriate structure, athletes can get injured, burnout and “fall out of love” of their sport.

LTAD is a sound conceptual model for the management of youth development. But should not be seen as literal or prescriptive. Many of the concepts are not based on confounding evidence. Therefore, we should not hold ourselves accountable to 1 dimensional models. LTAD models provide a framework to manage complex matters in complex organization – football academies. They provide guideline and direction but should never be used without context. It must be understood that sporting success is multi-factorial and LTAD models doesn’t always recognize the sport or the innate/genetic contributions to sport. The amount of Training hours or DP is not a differentiating factor for elite success (Gullich 2016). In addition, early exposure is likely to be crucial for expert performance, but delayed specialization improves the chances of adult success (Moesch et al, 2011). Coaching is often seen as a mixture of science and art. LTAD models should be seen similar to that. There are principles that need to be adhered to and often there is intuition or experience to be called upon for these models to implemented correctly in the environment and context. 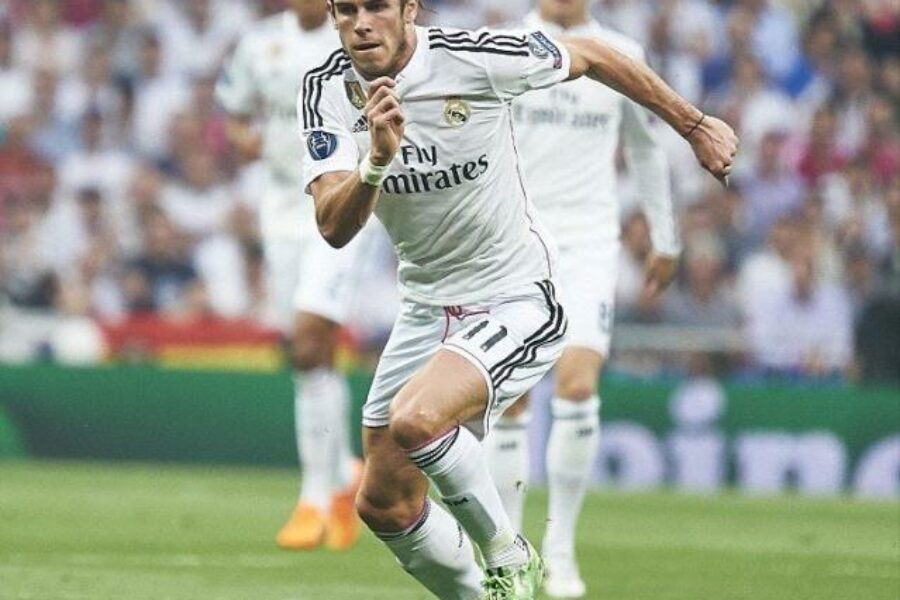 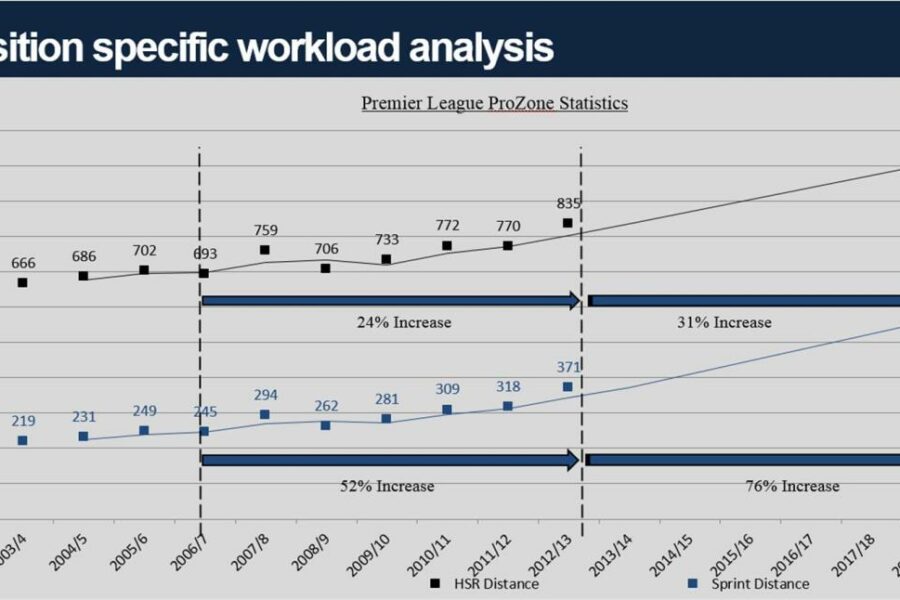 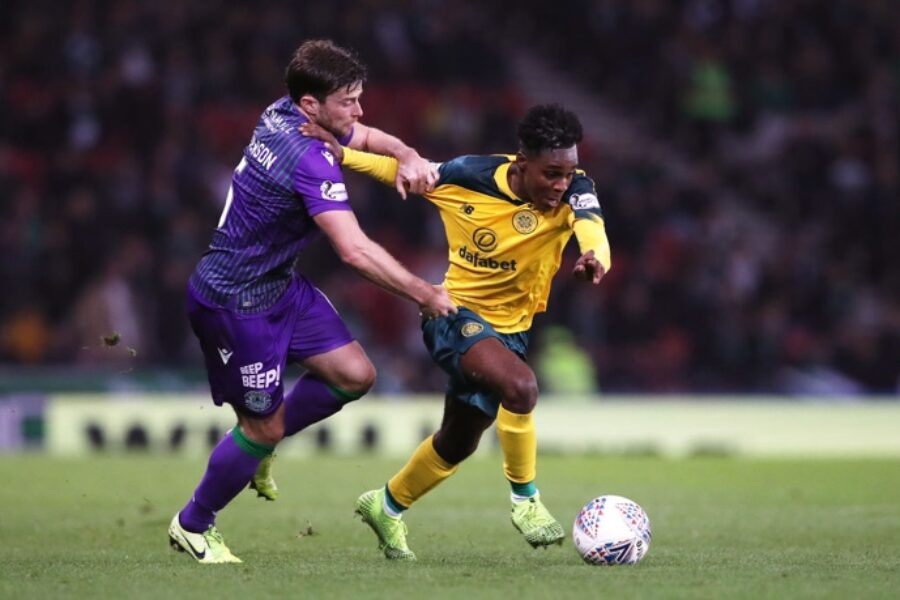 0
0 Like!
LTAD: Helping Develop the futures athletes
January 21, 2022 by Shayne Murphy in Science 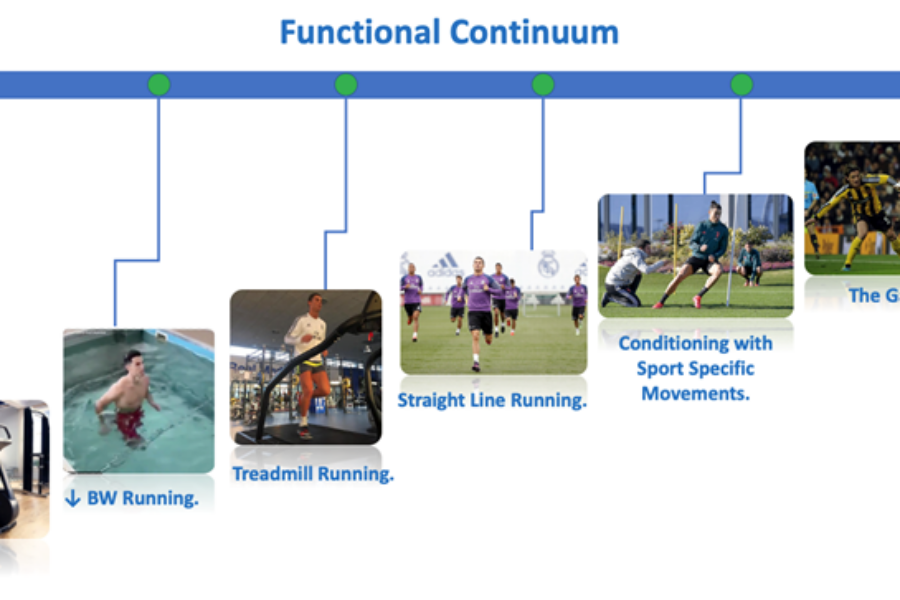 0
0 Like!
Training Reversibility: Last one out turns the light off
January 21, 2022 by Shayne Murphy in Real life
Leave a reply